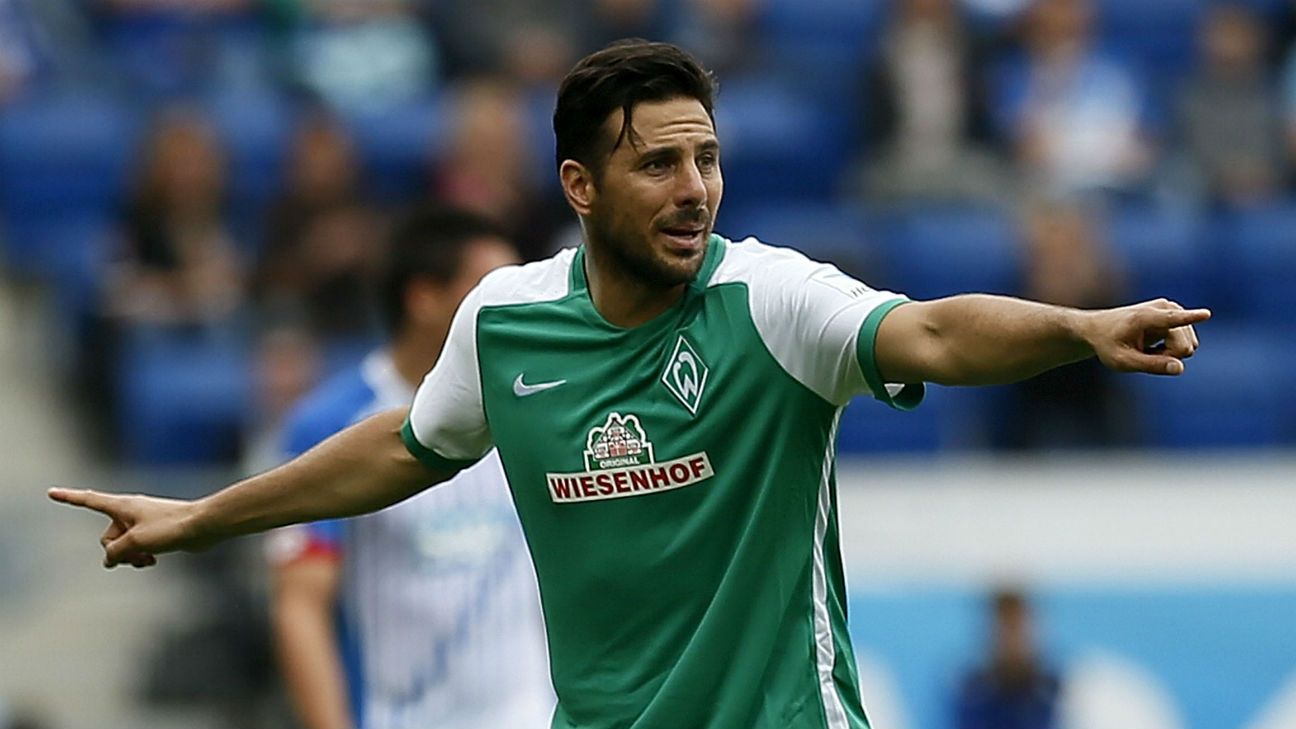 Striker Claudio Pizarro will record his 21st season in the Bundesliga after signing a one-year contract with Werder Bremen.

The Peruvian, who in October will turn 40, last season played for Cologne, who fell out of the elite.